Last weekend* saw the first ever ELCAF hit the UK comics community, and boy was it popular! The event kicked off at about 9 on Sunday morning - I arrived at 5pm and there was still a queue outside the venue, letting punters in on a one-in-one-out basis. Crazy.

Unsurprisingly, it was pretty packed inside. Then again, the venue was small enough that you could circle the tables a few times to make sure you got a look at everything on offer. With more of an emphasis on printmaking and illustration than other fairs I’ve been to recently, the resulting mix of work on show was fascinating to peruse.

Here’s a shot of my haul from the day (predictably, I spent way more money than I had been intending to):

I don't really know why it took me so long to buy Joe Decie's The Accidental Salad. Now that I have bought it (and, in the process, been gifted with a lovely badge that I'm going to INSIST depicts tea rather than coffee), I feel somewhat sheepish about my tardiness. Joe is, to put it quite simply, hilarious. His humour is both subtly understated and - at times - a bit absurd: both things that rank highly on my list of good qualities in comedic writing. On a tangent, his strip about the desire to somehow bottle the smell of paper (something I can sympathise with) coincided nicely with my stumbling across this on the internet (courtesy of DesignTaxi): 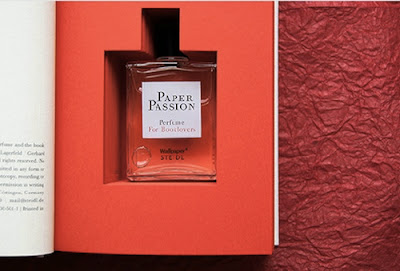 Kristyna Baczynski's Ladder is a lovely zine that ends with a rather unexpected twist. A surprise, certainly, but not an unpleasant one. Kristyna's line style is rather like the comics equivalent of calligraphy: it curls and twists in ways that make for a final product that is expressive and accomplished. It's quite unlike anything else I have come across, and I like it immensely.

I've also had a chance to leaf through Gemma Correl's Cats on Planes, which suits my sense of humour perfectly. For such a little book, it resulted in a hell of a lot of giggling. (Oh sod it - some very unladylike snorts of laughter as well). I will definitely be searching out more of her stuff for future hilarity.

Life in the past week has been a little too hectic for me to delve into my other purchases just yet (more on my busy week of comics to come), but I am putting aside some time soon to sit back and relax with my haul: the perfect antidote to a working week!

All in all, I thoroughly enjoyed my ELCAF experience. I got to discover some new, very talented people (Tom Frost was a particularly exciting find: his print work is definitely worth keeping an eye on), catch up with some wonderful people I'd met before (it's always a pleasure to chat with Dan Berry and Warwick Johnson Cadwell - two of the nicest men in comics), and discover the musical stylings of The Dead Pirates, whose animated music video was almost as enthralling as their performance. The queueing and busy aisles couldn't even dampen my enjoyment: testament to the quality of the event. Well done to everyone involved in making the inaugural ELCAF such a success, I'm very much looking forward to the next one!

*Well, it was last weekend when I started drafting this...